The Faculty of Applied Linguistics may boast of a rich publishing activity. In addition to monographic publications, phraseological, terminological and specialist dictionaries, literary dictionaries, academic and school course books, it also publishes several publishing series as well as magazines of not only local, but international prestige.

The periodical “Applied Linguistics” (“Lingwistyka Stosowana”), edited by Professor Sambor Grucza) was first published in 2009. However, its history goes back to a much earlier period, because its predecessor was the “Glottodidactic Review”, which came into being on Professor Franciszek Grucza’s initiative in 1978. The magazine is devoted to all the constitutive branches of applied linguistics. On its pages are published deliberations and research from the fields of glottodidactics, translatorics (including translation didactics), applicatively oriented text and discourse analysis, research on vocational communication, research from the fields of sociolinguistics, intercultural communication, corpus linguistics and computational linguistics. The scholarly discussions published in “Applied Linguistics” refer to both general and specialist languages.

Another publishing series worth mentioning is the „Languages-Cultures-Texts-Knowledge” (“Jêzyki – Kultury – Teksty – Wiedza”) series, which aims at promulgating the achievements of the whole academic environment of the Institute of Anthropocentric Linguistics and Culturology. The series presents work/research dealing with specialist languages and cultures, not only in the context of their nature and structure, but also in the context of the role they play in text creation and the expression of knowledge, especially specialist knowledge. The series is published by two highly respected Polish linguists, Professor Franciszek Grucza and Professor Jerzy Lukszyn.

Volumes of the publishing series “Languages for Specific Purposes” (“Jezyki Specjalistyczne”) have been published regularly since 2001 (under the academic editing of Professor Jerzy Lukszyn). The subject matter of the journal deals mainly with the issues of technolinguistics, inter alia the specific character of specialist texts and languages (the linguistic typology of specialist texts, technolectal universals, discourse units of particular types of technolects, text modules as ways of representing the appropriate cognitive style, conceptual structure of the terminological lexicon and many other issues), the processes of creating specialist texts, as well as their analysis from the point of view of translatorics, glottodidactics and lexicography. The most recent volumes have broadened the subject matter by adding intercultural contexts.

Yet another publishing series, initiated by the Department of Specialist Languages, is “Specialist Communication” (“Komunikacja Specjalistyczna”), published since 2009. The journal focuses mainly on the particulars of vocational communication, issues concerning lexicography and terminology, as well as the problems of specialist languages didactics and the didactics of the translation of specialist texts. However, it differs from the previously mentioned series published by the Department in that its form is lighter, because apart from research papers, it presents short articles (including alternative approaches to the discussed topics – section Varia), reviews, biographies, conference announcements, as well as reports from various seminars and conferences which have already taken place.

Special attention should be paid to the three-volume anniversary series published by the Department of Specialist Languages, edited by Professor Jerzy Lukszyn. The first volume contains articles written by the Faculty’s students and PhD students. The second volume summarizes the research achievements of doctoral students and contains articles presenting doctoral theses obtained at the Department. Finally, the third volume includes texts written by scholars, whose writings constituted the theoretical basis for the Department and set the tone and character of the research undertaken by its members. The subject matter of the volume is parallel to the scope of research conducted in the unit resulting from the nature of specialist languages as carriers and generators of professional knowledge.

A unique series in its own right is the one published by the Students’ Scientific Society ‘BAJT’, entitled „Academic Debuts” (“„Debiuty Naukowe”). On its pages are published the results of research conducted by young up and coming scholars: students, members of students’ clubs, doctoral students. The subject matter of the published materials is parallel to the direction of research undertaken in the Department of Specialist Languages and currently continued in the Institute of Anthropocentric Linguistics and Culturology. It encompasses such issues as technolinguistics, terminology, terminography, corpus linguistics, translatorics and glottodidactics. Special attention should be drawn to the terminographical products published as a result of the projects carried out by the Society. Among them are three terminological dictionaries published as part of the first 3 volumes of „Academic Debuts” („A Student’s Dictionary of Context”, „ A Student’s Dictionary of Terminoelements” and „A Student’s Dictionary of Collocations”).

The Institute of Russian Studies publishes the „Studia Rossica” series. This series comprises not only articles, post-conference materials and habilitation theses, but also reviews, news, and information about Polish or international centres of Russian studies. The journal publishes papers written not only by specialists in Russian studies, but also by other Slavists – specialists in Polish studies, Russian historians, anthropologists and sociologists of culture.

„Acta Albaruthenica” is a scholarly journal published in cooperation with the Department of Belarusian Studies since 1998. For the past four years it has been edited and published in yearly installments by the Faculty. Its editors-in-chief are Professors Miko³aj Chaustowicz and Miko³aj Timoszuk. „Acta Albaruthenica” is a periodical devoted to Belarusian studies. On its pages are published articles from the broadly defined field of Belarusian studies and articles dealing with Polish-Belarusian cultural, language and socio-historical ties (as part of the basic sections: language, literature, culture, history) as well as reviews of the newest publications concerning Belarus. Among the authors of texts published in „Acta Albaruthenica” are the most distinguished specialists not only of Polish and Belarusian origin, but also from Great Britain, the USA, Latvia or Slovakia. For many years „Acta Albaruthenica” was the only journal in Poland relating to Belarusian studies in the academic sense. Today, together with the “Belarusian Studies” („Studia Bia³orutenistyczne”) published in Lublin, they constitute the core of Belarusian periodical publications in our country. “The Warsaw Journal of Ukrainian Studies” (“Warszawskie Zeszyty Ukrainoznawcze”) have been published since 1989, when the first volume, devoted to the millennial anniversary of the baptism of Kievan Rus, was published. That volume marked the beginning of systematic research into Ukrainian literature, language, sacral culture, national identity and political, philosophical and social thought, as well as the history of Polish-Ukrainian relations, role of prominent figures, institutions, the most significant events in mutual relations and finally into the Polish-Ukrainian cultural borderland. “The Warsaw Journal of Ukrainian Studies” play an important role in the integration of Ukrainian research and they are also a catalyst behind the international cooperation of Ukrainian specialists, in particular Polish-Ukrainian cooperation in such important for both nations areas as research into our common cultural inheritance, our historical paths and the history of conflicts as well as contemporary problems. 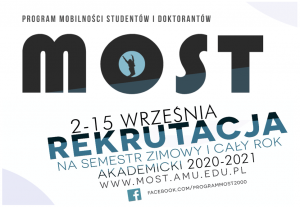